I've been baking again so prepare yourselves friends for a heck of a lot of photos and another recipe card.

It was impossible not to do something with the first rhubarb harvest of the year (I have other ideas too) so I looked through a lot of recipes and decided on this one first, though as usual I changed it from the original as I went along. This recipe card has the steps which I think would be better than the way I did it. 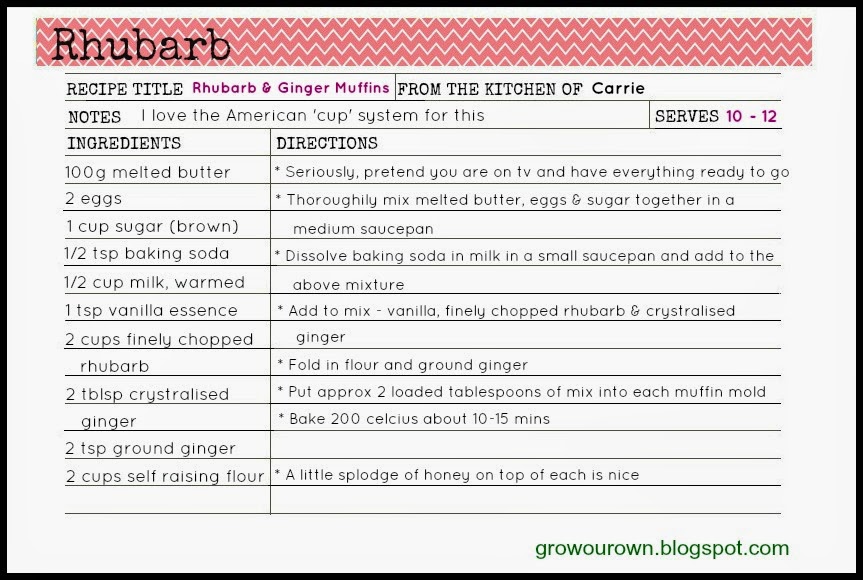 So, I really do mean it when I say you really ought to get all your ingredients measured out and chopped etc before you start because I didn't and it was a nightmare of mess and confusion. I am not a calm and collected person in the kitchen! 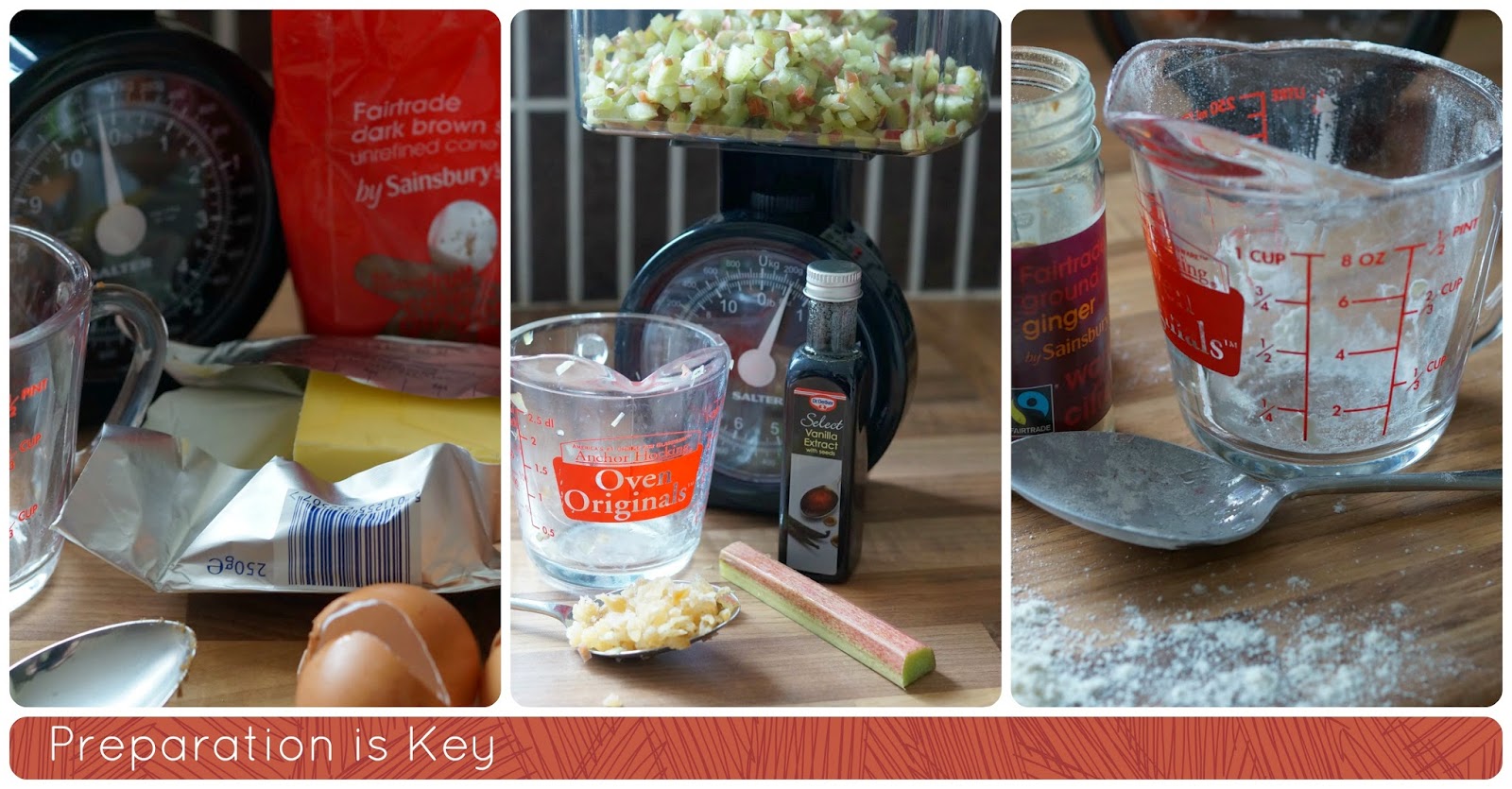 * Butter, Eggs - I use unsalted butter for all my baking, there really isn't that much in these (healthy?? hahaha). Always with the medium sized eggs too.

* Sugar, Milk - For spicy yummy things I always choose brown sugar for that more malty and warm flavour and for milk I use semi-skimmed, but you know; I think coconut milk was recommended for this recipe originally...that might be lovely.

* Vanila Essence, Rhubarb - Vanilla essence makes a difference, there I said it. I never used to use it but now it's not going to left out again; plus a bottle lasts for ages. Two cups of rhubarb is roughly the equivalent to 275g or approx 2 large stalks.

* Ginger, Flour - For this recipe I love crystallised ginger but I reckon stem ginger would be just as good but ooh so messy to chop finely! Then adding the ground ginger = yummy burny-ness. You must use self-raising flour for this or the muffins will be so heavy and dense even though you will already have added some baking soda!!

* Butter your molds or they just won't come out. Hugs and Love
Your Carrie
x
Posted by Carrie at 12:43