In the middle of our trip my body just simply shut down and so I ended up on the very comfy sofa of our wee house for the morning/afternoon. What a disappointment. Andrew however went off and did a hike, a crazy hike that was more like a vertical climb up the steep hillside. When I say it almost broke him you know it was hard - I would most likely have died, right there, a corpse to be rolled down hill and taken home in a box, done, finished, kaput. He has kindly lent me these photos.....


******
But then the big day came and I was refreshed and to be honest rather excited and floating about on adrenaline; we were going to Volcano land in the El Tiede National Park. Breakfast was gobbled down and forgive me, but I had to pee a million times due to nerves, but then backpacks ready and off we went!

Chinyero
So my friend, have you ever walked around a Volcano? I hadn't and I really didn't expect what we came across doing the circular trail around Chinyero, over lava flows and ash and through burnt pine tree forests and paths littered with the largest pine cones I've ever seen.

Allow me please to be your guide...

So this was the official start of our route, as modelled by Andrew, note the white and yellow painted lines on the rock behind him, they denote an 'ok you're going the right way'. I step off the path to hug a pine, it smelt so good! The paths were all winding and beautiful and then they opened right up and lava rock was everywhere.

Then it began to narrow and after a wee climb we ended up on pure lava rock without plant life bar some lichen, for a good time and then saw this massive erratic rock. This section ended abruptly with a move to grey sludge and red grit.

The other side and the lava rocks continue on as a river into the fog, we followed it a little while and then turned back into forest with slightly rougher paths which soon smoothed out. Oregano grows wild by the side of the paths at this point and it is so refreshing to pick some, crunch it and smell it in.

The landscape is at it's most beautiful (the ground is bouncy with pine needles) when you get your view of the volcano. I took so many photos from all areas but I like this one due to the memory of the smell and cool air just here. The rest of the way back to car was a lovely walk though open pine forest, slowly climbing upwards.

The last eruption here was in 1909 but in 2012 there was also a fire that ripped through the forest so it adds to the drama of the landscape and the other worldly atmosphere of the hike. The smell is beautiful bar that of the lava flows which do still have a peculiar sulphur whiff and a feeling of being on Mars as some of the lava stones are red and so in fact is the hue of the volcano. We met a good few people doing this walk but everyone was going in the opposite direction! It's circular but come on, the guide books say to go our way.

El Tiede
Oh my goodness, this is one of those bucket list adventures that you simply must do, if it's possible. The landscape around El Tiede is mesmerising and the view of the volcano took my breath away, it's the 3rd highest in the world. Even the drive to and from the area is other-wordly, I imagine it will stay in my memory forever. It was hard to capture it in photographs as it changed so much mile after mile, so I'll leave it at one panorama with the Volcano in it.


It's 27 Euros to get the cable car to the top of the volcano but I believe it was totally worth it, the ride up was fun in itself. Neither of us have never before stood so far above the clouds and had such vistas stretch out before us. It was cold and there was snow, it being  -4 and 55km/h when we were there. But you just can't wipe the inane grin off your face and we even got the giggles. The paths were really good but the tiredness had hit me a bit and I think I had mild altitude sickness, so I was wobbly for a tiny bit.
It's odd that this was so awesome but I just can't find the words to talk about at, it was a simply overwhelming sensory experience. I really can't show all my photos from up here as picking which to leave out is too hard.


Only a few people get to right up to see into the volcano and you have to pay extra and have organised a license beforehand. Believe me, I had seen enough to blow my wee mind! We were the cable car last down but one and the only sad thing was the shop was closed - I so needed a souvenir.

To finish the day we had grand driving tour of the national park and north coast back to Garrachico for a late dinner and then home for the last evening, exhausted. The last day was spent driving all the way back to the airport sucking in every sight from the road that we could, sadly it doesn't take long to end up back in resort hell with millions of horrid apartments, water parks and clubs. Give me rural any day...

I'm at that point in the year where it feels like I have been doing push ups everyday and now, well my arms are trembling and my knees are weak and each attempt is causing more sweat to drip from my brow and I just can't go on. It's been dark, dreary and cold out there again and my energy levels are at about 2 out of a possible 10. I've been out of action since last Sunday's hike in the freezing cold Mournes, which was not nice at all; it was the last straw and I have been through a delightful breakdown this past week. But let's not get into that, eh?

Goodness me I was falling asleep there, staring at the hypnotic blinking text cursor. I need a good slap about the face with a wet lettuce. [Or....as it turned out, a bloody long nap.]


I know what will cheer us all up...blue skies, picturesque scenes and the wonder of a volcano or two. Yes, I'm talking Tenerife photo time!


It only takes 4 hrs and around 20 mins to escape the weather and drudgery of Northern Ireland and reach the shores of Tenerife, and it is all the more wonderful when you get the window seat, as I always do! Everything was fine and dandy with our flight, our hire car and Andrew's driving from South to North East (Isla Baja); the weather played it's part beautifully and the locals were simply a delight as we stumbled through our Spanish. But the scenery! wow.

It was the first time we used AirBnB and we stayed in the most idyllic little place - here's the link - Esperzana's Place. It was in the little village of El Palmar and sweetly tucked away down a lane you had to go on foot and which was so extremely quiet and dark at night, I've never seen so many stars - Heaven. We were surrounded by vineyards on one side and (after a little walk further) stunning views of small terraced farm plots and banana plantations down to the sea, on the other, but mostly we were nestled deep amongst the locals in an very old small farmhouse, complete with it's own cats.

We were met my the owner Andres and he told us all about the area, the hiking to be considered, the places to visit, the history of the house (well two houses knocked together) and he tipped us off with a great restaurant recommendation. Travel makes us hungry. We did have a beautiful big box of local organic fruit and vegetables and some bottles of banana wine (!?) but who wants to cook on the first night!


We went after a darn good look about to the restaurant and had chicken and chips cooked over pine wood and needles - wow, it was gorgeous. Not terribly fancy but the flavours were so good and the smell! This place was dead when we went though it was filling up as we left but on Sunday - it was bunged all day and night, with people from all over the island. What a little gem.

Behind this beautiful church there is a square which is fabulous for people watching and you can also get a snack and a beer. We sat for a good time and saw all of life pass by from a newborn baby to a large funeral, tourists and locals, friendly policemen and the most beautiful hotel. I'm not a beach person, this is where I love to sit in the sun and see the comings and goings of a place.

The seafront of Garrachico is pretty special with natural pools and channels formed by the lava flow of a volcano eruption in 1706 which destroyed half the town. In the summer they are swam in but in January - not so much. Beside them stands an old Fort - Castillio de San Miguel, pretty cool to look at but it had just closed when we got there.

Punta de Teno
At the most westerly point of Tenerife there is a beautiful working lighthouse (only a year older than me) and the steep and dangerous looking Los Gigantes cliffs and gorges. The road collapsed last year out to this point so traffic is restricted at the weekends, luckily however that meant we were there at dusk and the light was beautiful.
Hugs
Carrie x

Join me next time for.... VOLCANOES

Email ThisBlogThis!Share to TwitterShare to FacebookShare to Pinterest
Labels: holidays

It's like that feeling most often attributed to Mondays and getting back to work. The sudden increase in heaviness and utter exhaustion hits and simply moving seems a Herculean task. I'm home from my holidays over 9 days ago and still.. I simply can't.
I can't stop sleeping all the time; fearing the housework that is being neglected; worrying that the dog needs more playtime from me. I can't stop feeling so empty and depressed, uninterested in life and just wishing I could hide until it's all over.
Plus, the world has become a scary, unstable place to match that which is in my head. My mental health has had a referendum and decided to truly co-ordinate and gang up against - trample any good thought or feeling I may hope to have. It's a nightmare of depression, anxiety, panic attacks and utter confusion all day, everyday. 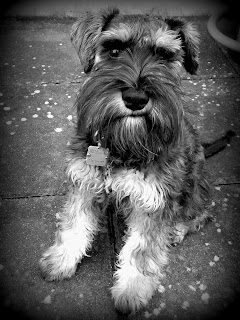 Sorry friends. I have stories and many glorious scenes to share with you from our wee trip to Tenerife. Toby is delightful and I must update you. Plus the snowdrops are still coming out and though no hope has been felt in their white flowers this time (and the fact that the patch is spreading), there are many things planned for this spring that I ought to be excited about.
I'm still here, still fighting and will write soon.
It's going to be OK, right?
C x
Posted by Carrie at 14:24 14 comments: