Okay, so I thought I would be away from the laptop for a few days over our holiday period but no, it's absolutely pouring down and I refuse to go outside today so instead...a recipe for you :)

I have this red gooseberry bush on the plot of shame (14b) that is so prolific that I think we could be incredibly fed up with the very thought of eating red gooseberries by the end of summer. So thinking ahead I thought; 'well, I've only harvested a quarter of what's there and there's no way I am letting the birds pilfer the rest so I need to think laterally...jam, jam for the miserable winter mornings, jam for my porridge....'

Thus I made red gooseberry jam and this is how. It only made enough for half sized Kilner jar, perfect for storing away as and when I make batches.

I used the basic BBC Good Food recipe which I thought it was fabulous; my weights were different but it's always the same weight of fruit to sugar really with any jam I've made so far. Don't skip that lemon!

* first sterilise your jar/s by washing thoroughly in very hot soapy water. Rinse in very hot water and put on a baking tray and into the oven at 140C fan oven until totally dry. I usually turn the oven off and leave it/them in the oven until I need it at the end...

* put the gooseberries, juice of half a lemon and water (enough to just cover the berries) in a large wide pan (use a preserving pan if you have one). Bring to the boil then simmer for 15 minutes until the fruit is very soft and pulpy. Put 2 or 3 small saucers in the freezer (these will be used to test the setting later on)

I didn't get any scum and under the activity of top and tailing I just used my nails. I did start out with taking a little knife to both ends but somehow I felt the world was laughing at me and I was seriously wasting minutes of my life, haha. 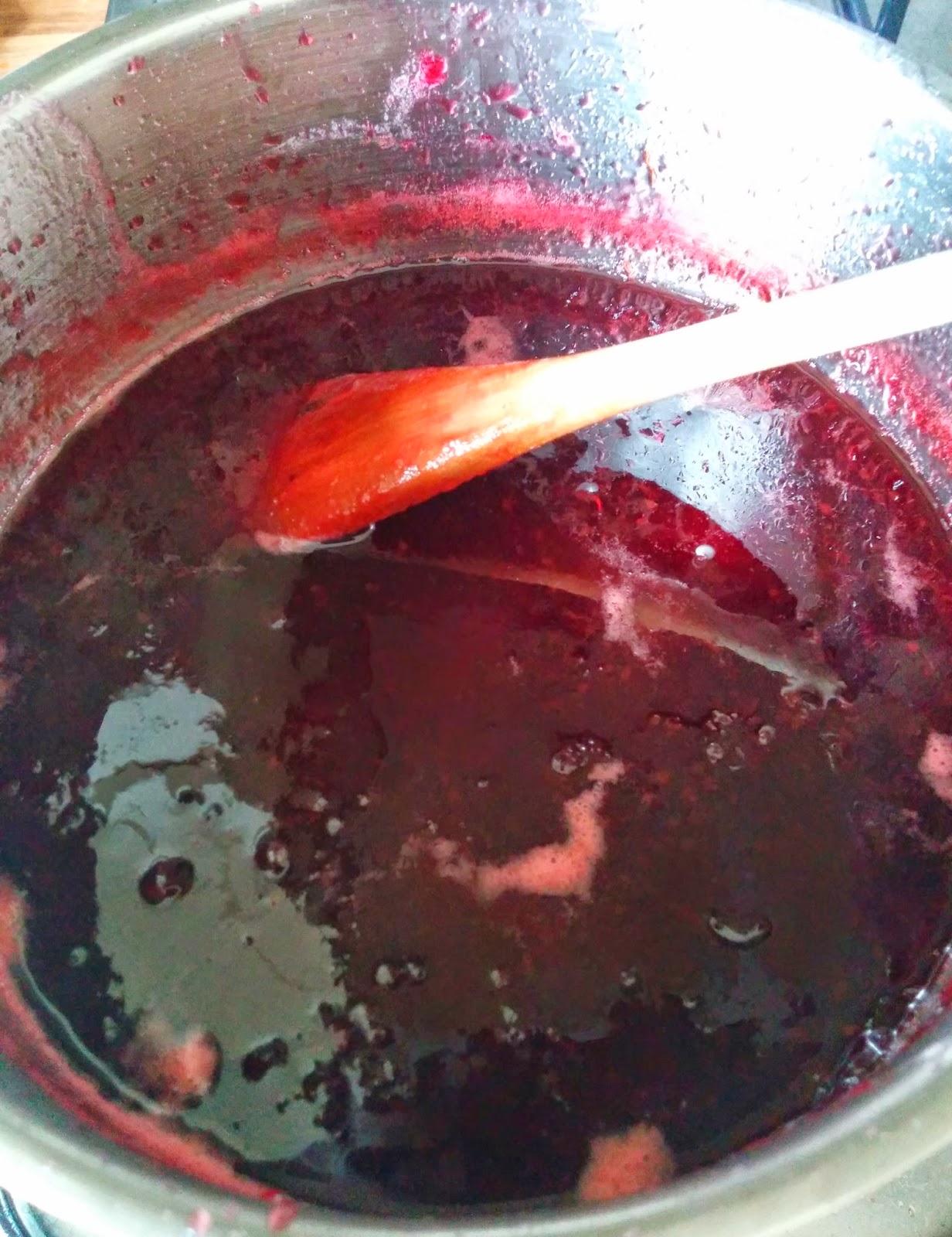 Add sugar and cook for what feels likes forever. This is how mine looked when the wrinkle test was passed.


* Do a final skim on the finished jam then pour into the sterilised jars and seal. Store in a cool dark place – the jam will be good for up to 6 months.

May the weather be less depressing where you are today but if not - bake or make jam maybe :)
Love and hugs
Carrie
Posted by Carrie at 11:57