Victory No. 1
My computer is fixed and I didn't totally freak out when it decided to pack up in the first place!

Victory No. 2
The gauntlet was thrown down on Monday to my anxiety and I planted up some pots for the back garden. Yes, after a good year of not planting anything due to an irrational fear that I'd do it wrong and kill anything I'd touch - I have overcome. (Need more to fill it up nut all in good time.)

Soil under my fingernails, terracotta pots emptied out, cleaned and reused. I have been feeling rather like a green-fingered gardener - let's hope they survive or my pride will take a darn good beating! haha. The tiny thing on the bottom shelf is some mint I am trying to grow - we'll see... 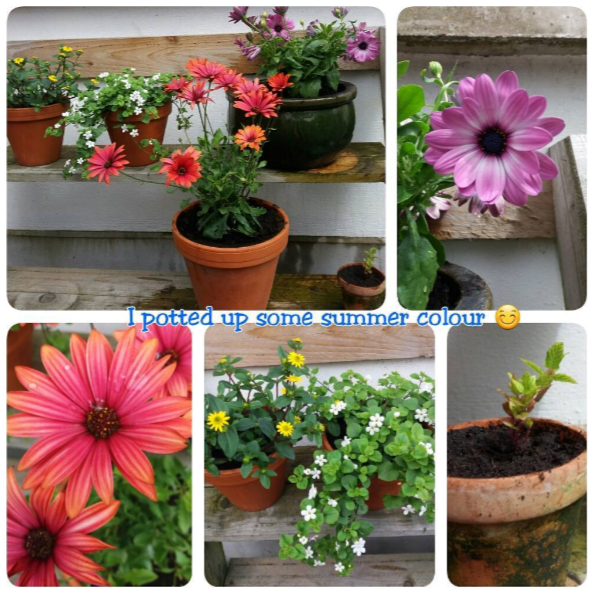 
Allotment news from the weekend and hurrrip, more small victories :)

Victory No. 3
The first harvest! Spuds ahoy my friends; come on over to our house and have a nibble, haha! 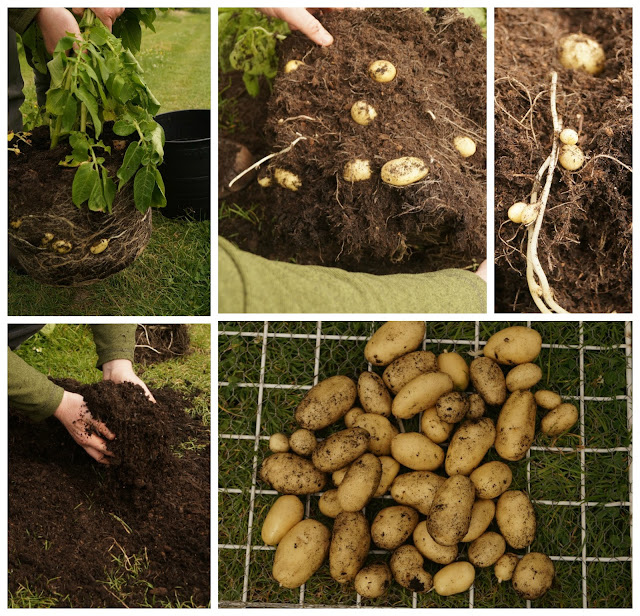 Ok, as these photos prove, we were a little too excited to see how the potatoes were doing and harvested these ones a wee bit too early. But there were lots of a good size and I like them small, plus sometimes you just need some instant gratification.

You can see on the top right photo that some were fingernail size, haha. But we were happy and I could easily put up that harvest photo up on my desk 😀. The used potting compost was placed as a nice wee mulch around the growing dwarf french beans. 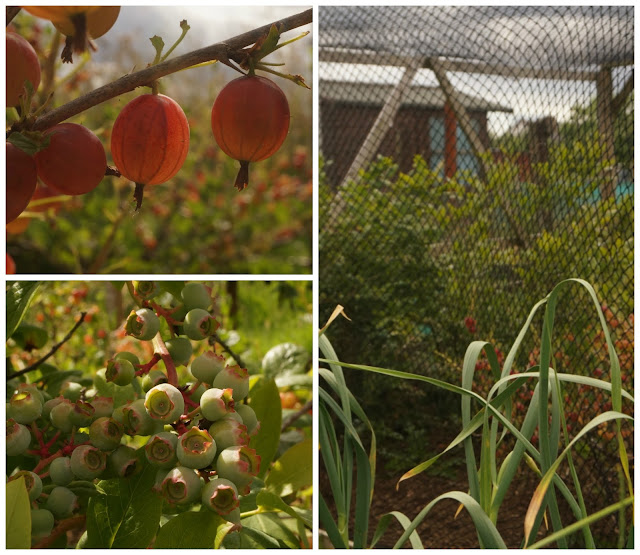 As soon as we arrived at the plot I scared off a bird that was sneaking in amongst the gooseberries. Ggrrr, as much as love birds, that food is mine and I've already had a battle with the sawfly larvae! So it was time to deploy the netting and now the blueberries and gooseberries are much safer. Of course the blighters have been known to get in away but hey, we've done something.

The gooseberries are so close to being ready but the blueberries are teasing me and have stayed this shade of glaucous blue for weeks now - I want to eat them! I'm going to get new recipes for both berries, any that work really well, I'll share x

The garlic looks ready to lift too - it's all starting to happen. 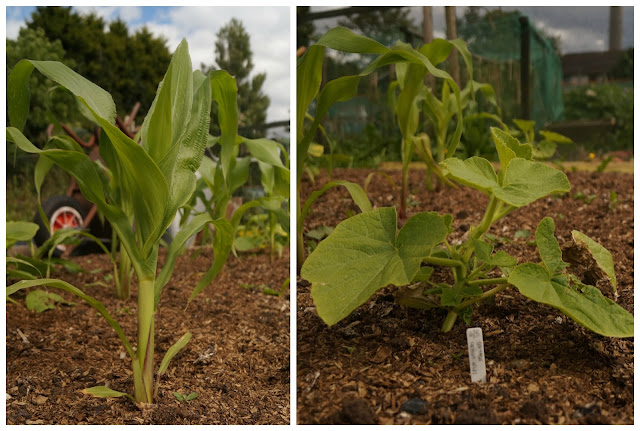 I just wanted to show you how happy the sweetcorn and squashes are. It'll be a long time until we eat any produce from these plants but it's a joy to see them looking good.

Lastly, Victory No. 6 is my hay-fever medication is working! Thank goodness for it as look what we are surrounded by - a couple of weeks ago I could have ripped my nose off and eyes out but now I am feeling almost invincible in the face of grass pollen! 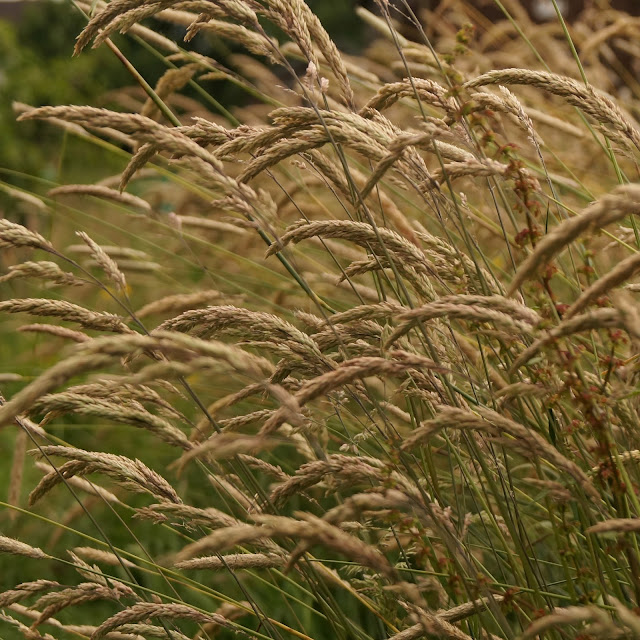 More soon - I didn't even show the right hand side of the plot this time. Stories and even a hand-drawn plan of the site to come.

Love
Carrie
Posted by Carrie at 13:10