We love our celeriac in this house and have been growing it on the plot since the first year; always Giant Prague and always with the happiest of results. It amazes me that these vegetables aren't more popular in supermarkets and restaurants, its high in fibre and low in calories, but I guess we can change that, fellow growers!
Okay, they aren't the prettiest of veggies to look at and uneducated people may see them and think it's a really ugly turnip and maybe slightly diseased. In some causes they are known as 'turnip-rooted celery', it would be an easy mistake to make. They are knobbly and swollen and smell like celery (not what you expect if you think it's a turnip!) but oh, they taste so good and are an all round unsung hero of the larder! You can eat the leafy tops and of course, the root and they keep well after harvesting and are freezable if blanched :) 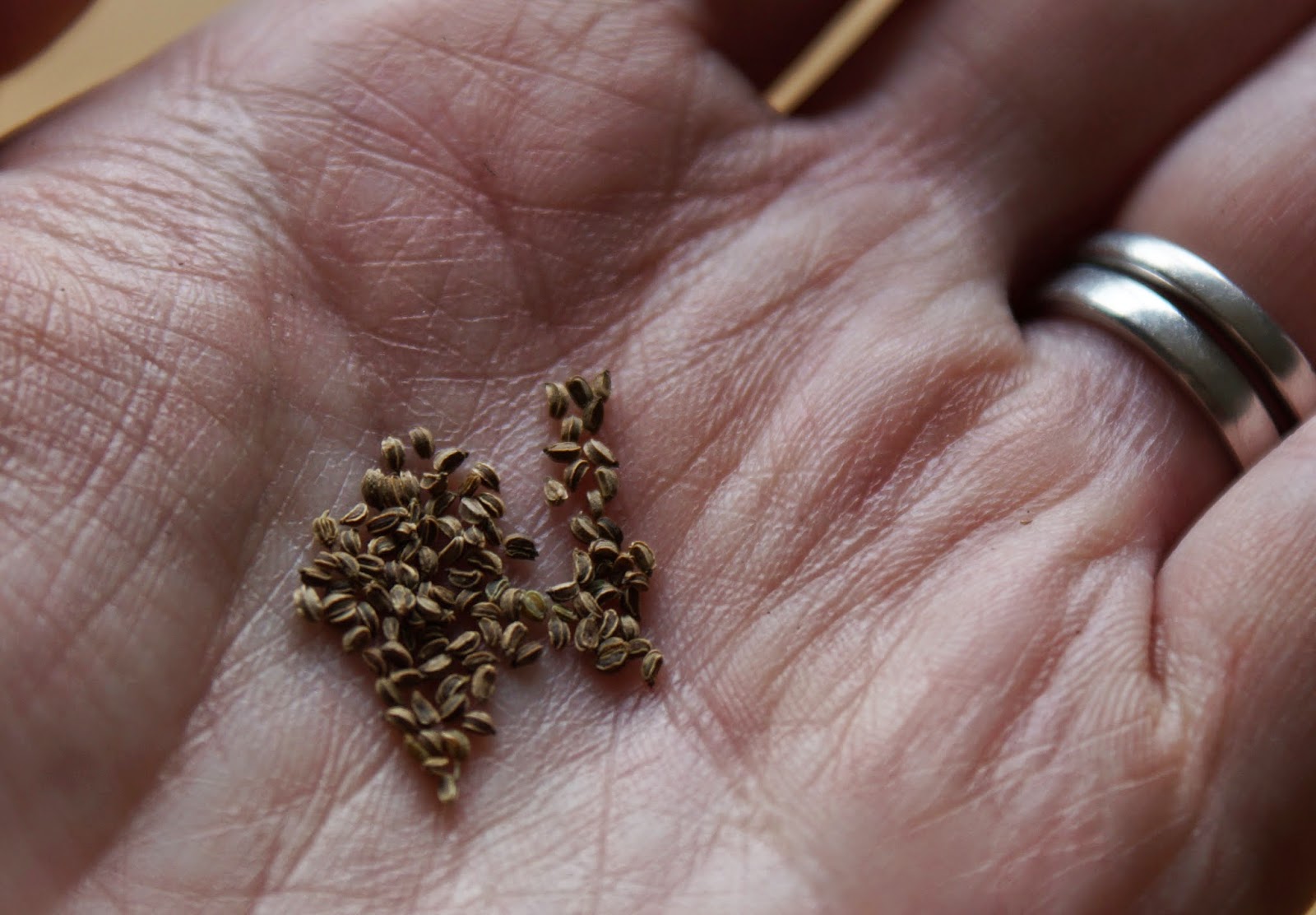 * The seeds are tiny... plant 2 in each module with rich soil and pull out the weaker one when they are seedlings. It only takes 2-3 weeks before they look like proper plants and for us the germination rate is usually 100%. This should be done in early spring in the potting shed and later hardened off in a cold frame.

* We are at the planting out stage which is done in May and June. This bed was marked out for them back in Autumn and thus given loads of good old horse poo and compost, they are hungry plants (hungry for nutrients, water and sunshine) and general purpose compost a week before planting out isn't a bad idea too!

Here's Andrew showing us how he likes to plant them... about 20cm apart in a line without burning the crown, you want the soil right up to base of the stems. Our second row is a good trowels length apart, so about 30cm; some people like to do them much further apart.

There that was easy enough, now to look after them....
* So whilst they grow you must keep the area weed free and mulch them if the weather gets hot (to keep the nutrients in) and as with all veggies, remove those side shoots and old leaves.
Keep an eye of those blasted slugs - grrrr.

We'll return to this later in the year when we harvest and eat ;)

Hugs and love
Carrie
Posted by Carrie at 13:58