Okay friends, let's talk about the Easter week work we Gaults achieved at the allotments; if I don't get it documented I have a terrible fear I'll forget - I have been super forgetful the past few months, thank goodness for cameras and camera phones! 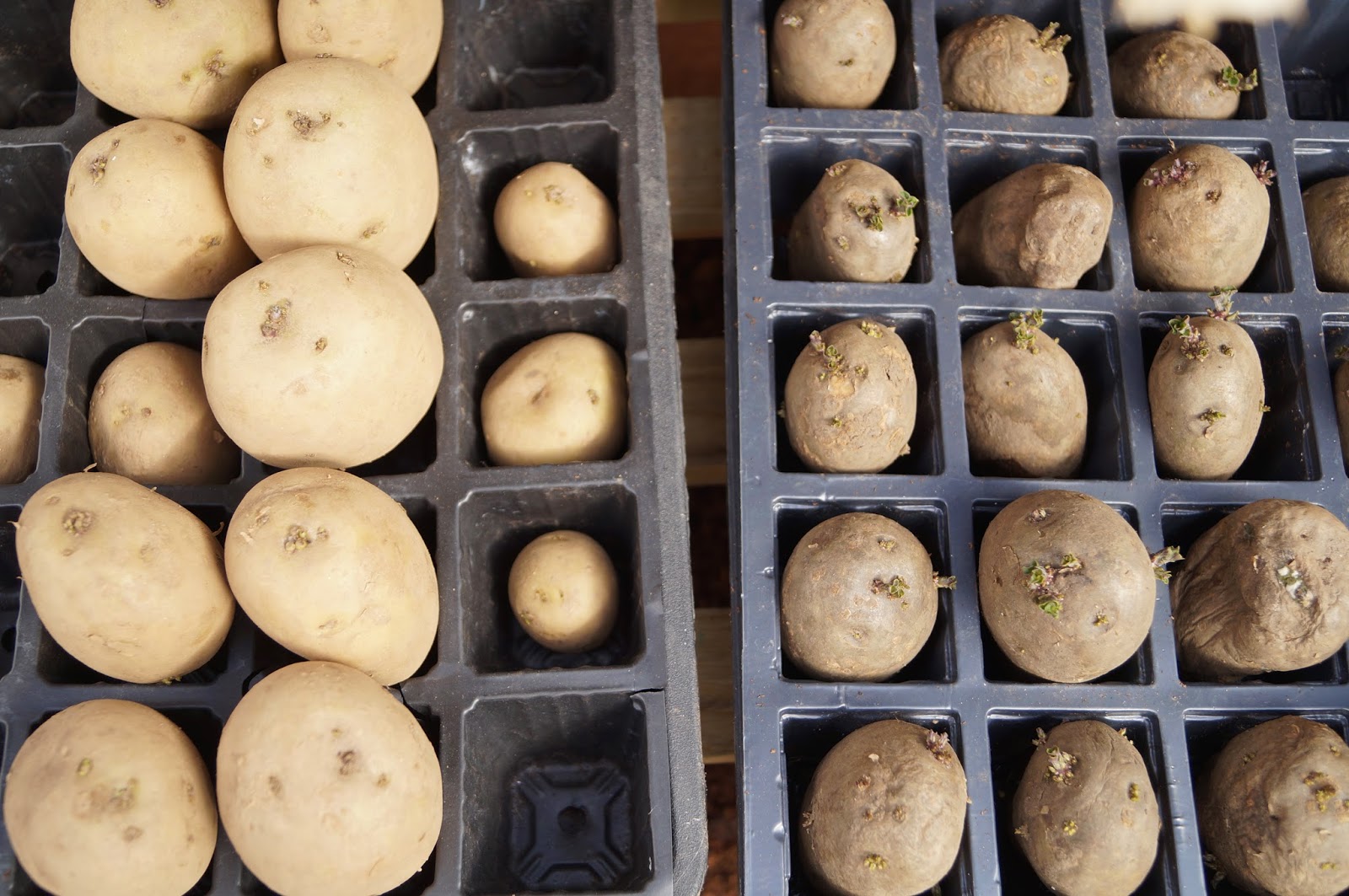 Remember I showed you the two spud varieties we had chitting beside one another? The ones on the right were hollow to the touch and had been in a too hot environment for too long; they were Sharp's Express. As Flighty rightly pointed out, we could have planted them and probably had a good crop, but as we were only planting two rows this year, Andrew wanted healthier looking specimens and thus we planted the Pentland Javelin lot instead.

So, first task on our Easter break was planting those spuds (a little later than we usually do due to the poor weather, but it won't make much difference to the end product). I stood by with  my camera and Andrew did the hard grafting :) Here he is preparing the soil... 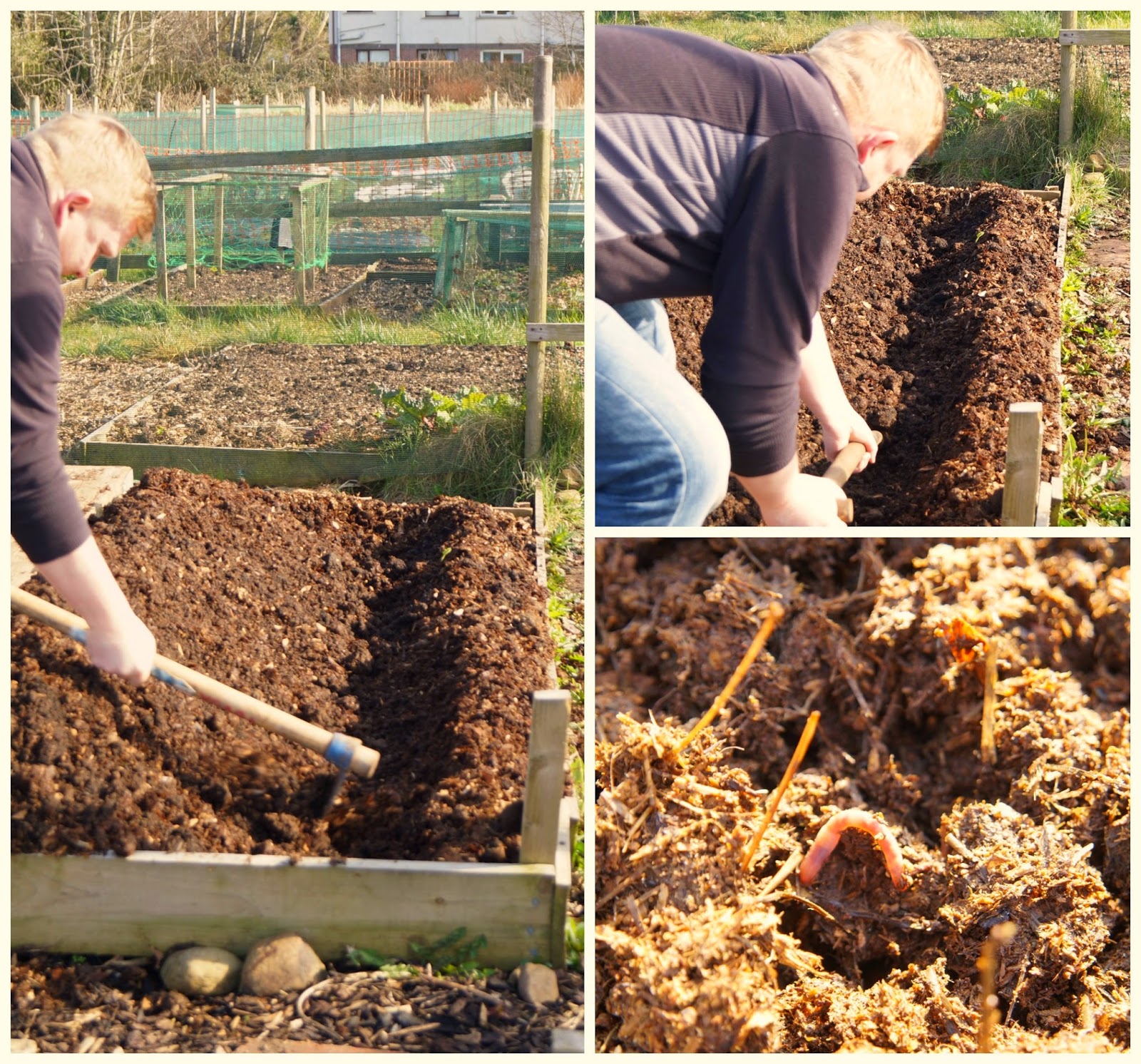 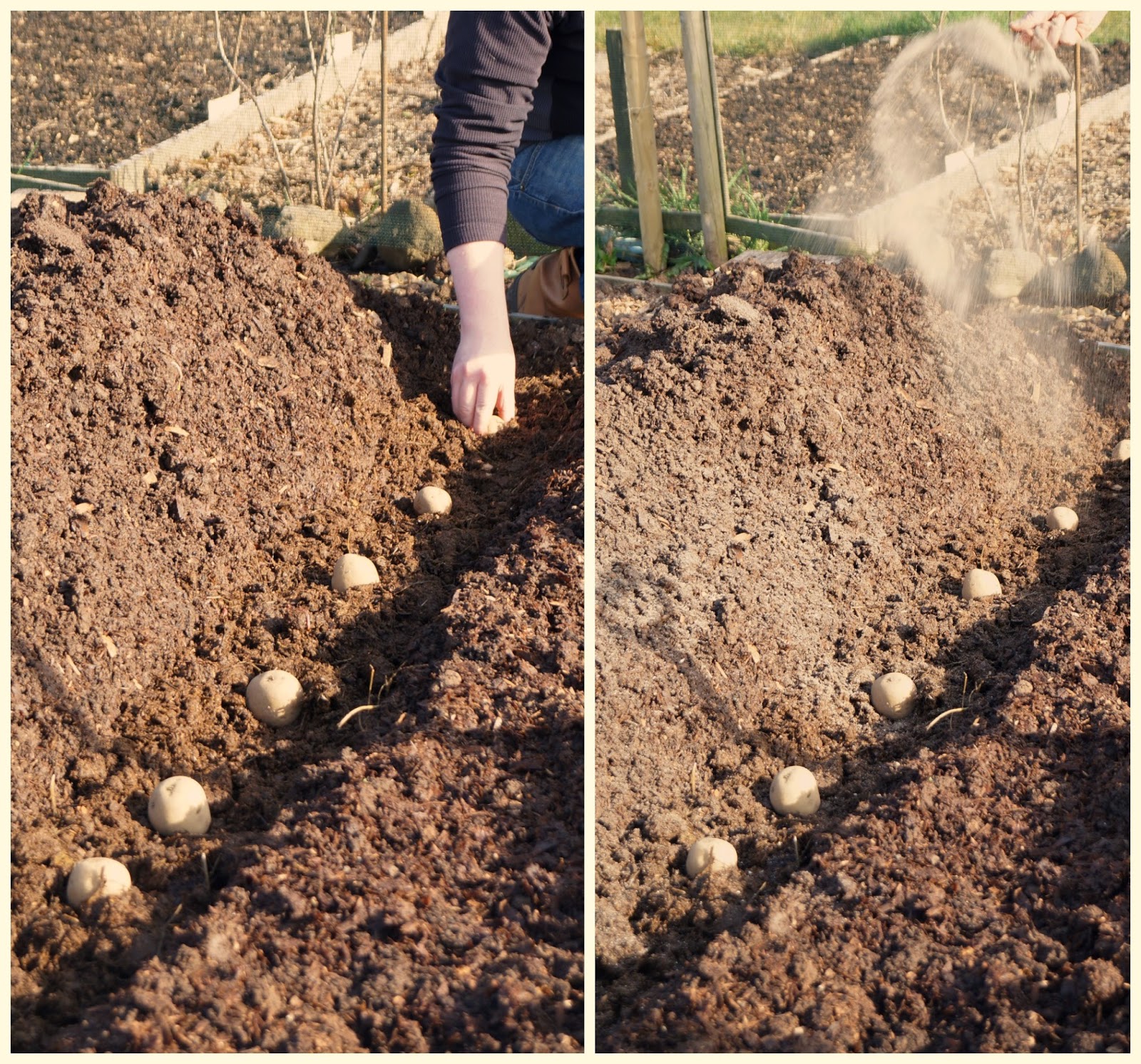 * Next the potatoes were placed about a foot apart (chitted eyes upwards) onto the yummy manure
* Lastly some organic blood, fish and bone was lightly scattered into what would be the back fill 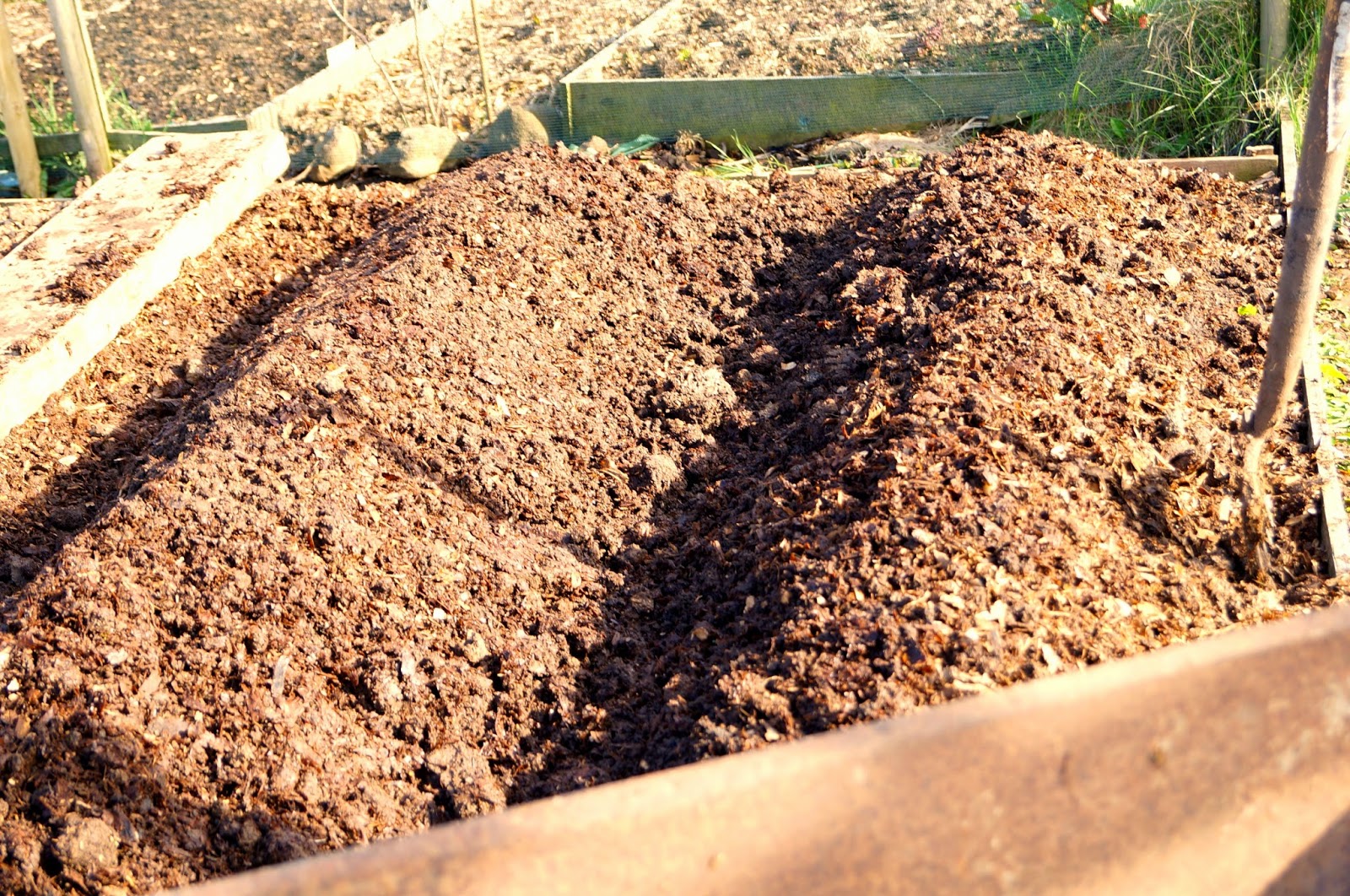 And here are our spuds for the coming season. Two rows all planted and ridged up; looks a little like two burials but I promise no animals or indeed humans were buried in the making of this blog post!

Plus here is a sweet little vignette of some other lovelies spotted on the plots that day. We cut the biggest of the Purple Sprouting Broccoli and ate it that night - gorgeous!!! Maggie was very vigilant in her supervision of our activities and these lovely blue anemones opened up in the sunshine.

Hugs and love - more soon
Plus a hearty thank you to those who commented on my last post xx
Carrie
Posted by Carrie at 17:21