I have become a lottie-aphobe. I couldn't be dragged there by a wild pony or chased by a gaggle of gnomes; for me the lottie is not somewhere I wish to step foot, like that game you played when you were a kid and the floor was made of lava, I'm jumping from place to place, project to project in order to stay away. Sad isn't it?

Clearing out my study yesterday I came across the scrapbook I had started when we first got our plot. It's just silly photos of 'our soil' and newspaper clippings about the council releasing land etc. There are a few photos of us (both as taken by me and the press) in there and goodness we look so much younger, so much more alive....I guess they were the salad years (excuse the pun) before we realised just how much blasted hard work goes into an allotment. God we look old now ;)

Anyway I wanted to praise my darling one for still fighting the pests, the weather and lack of interest on my side. The hubby has been there and comes home with excellent carrots, scallions, squash, turnips and chard etc. He makes me so proud. 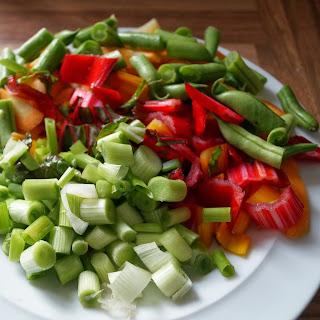 I will get back into it again I swear. I will be his under-gardener and document taker; I will have a naughty beer or a comforting coffee (weather dependant) with him, held with mucky hands and a smile on our red cheeked faces. But for now...

***
We grew the best french beans in the history of french bean growing on 24a this summer. I am pretty sure they were called 'Blue Lake', at least we had a pack of those in the shed.. We had a glut and as much as we adore eating them, as much as it reminds of of our holidays in France, there truly is only so many times you can have them with dinner, or give them to family (without them rolling their eyes) and so other uses needed to be sought. Of course they freeze which is fabulous but Andrew bought himself a book a wee while ago about pickling and preserving and so....on to a new adventure!

The book, if you are interested is Alys Fowlers' Abundance, though there are many other great books out there and I would also recommend the River Cottage series. This one really caught Andrew's eye because it's so down to earth, had recipes you actually would eat and was a good price. 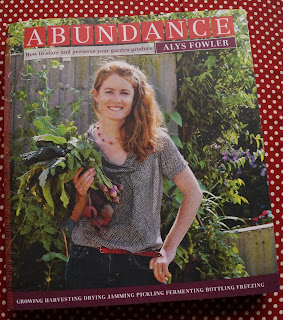 Andrew loves pickles, Andrew loves french beans, Andrew loves spices, Andrew loves beer = Beer Pickled French Beans = JOY, lol...  I can't give you Alys' recipe, that truly would be unfair; I can show you part of the process, which is surprisingly easy if you don't mind the stink of vinegar (which I do and which had my eyes watering for about an hour!)